Some of you remember the story of Cuervo, the tiny little sickly kitten that came from a hoarding situation. There was Whiskey, Jose, Cuervo, Bud, and Ginger. Sherry Truckey was their foster mom. Every kitten had upper respiratory infections but with meds, each got better except Cuervo. Cuervo didn’t grow like the rest. Dr. Carmichael at Two Rivers Veterinary said she was sure he had FIP, which is a deadly virus that cats can get. The decision was made to move him to my home for foster because I work from home and was able to be with him 24 hours a day with the idea that it was going to be a hospice situation. I just wanted to give the little guy as much love as I could before he passed. 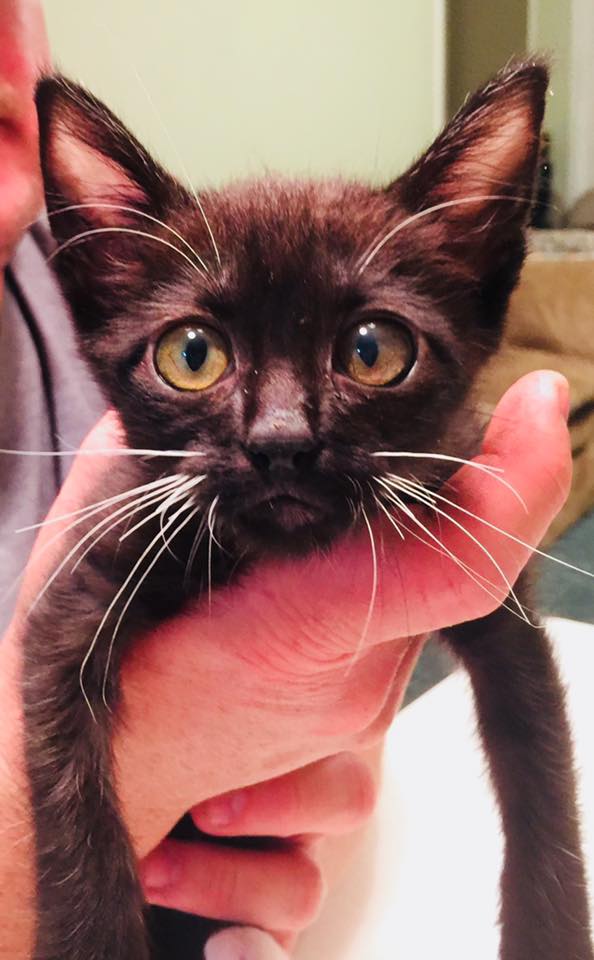 And then something happened….he started growing. Slowly. But growing. And his thin hair started getting thicker. And he started getting more energy. We were all in awe. So we had a fundraiser for him and raised over $1000 to get more medical care. Tiny Cat continued to surprise us all and grew bigger still and before we knew it he was ALMOST like a regular kitten. We soon learned that he didn’t understand that dry food was food. And he didn’t know to drink water. So he was fed canned food multiple times a day. He had a veracious appetite!

By this point I realized there was no way he was going anywhere else because the bond happened between us that was unlike any relationship with any other cat I’ve ever had. He needed me and I needed him, and he officially became mine. We spent the next two years together. My entire day revolved around when Tiny Cat needed to eat. No matter where he was in the house, awake or sleeping, if I called his name he would instantly jump up and run to me. Every time. He was loved so deeply, and he loved me back just as much. Tiny Cat had many adventures! He got to go camping. He loved it. He had his picture taken with Santa! As long as he was with me, he didn’t care where we went.

On January 7th FIP won and my sweet big eyed Tiny Cat took his last breath and crossed that rainbow bridge. Cats or kittens with FIP usually don’t live more than a couple months at most but Tiny Cat soaked up as much love as he could before saying goodbye. Two years. A little miracle. A tiny fighter. His life was short, but so full. 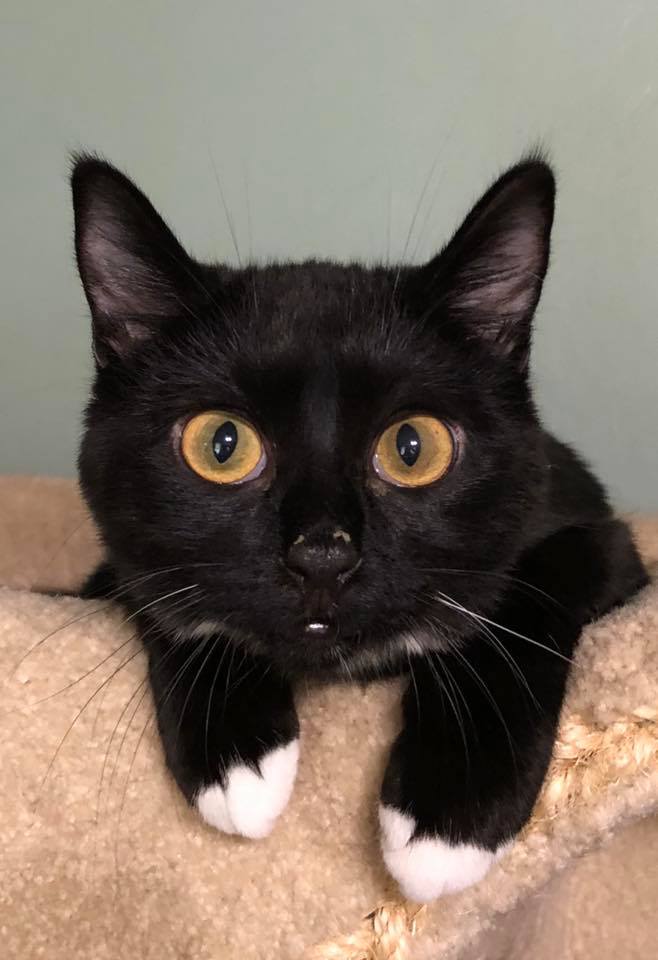 I am giving this update not to make you sad (even though I know you are) but to show how much we give to these little throwaway cats and kittens. We pour our heart and soul into loving them. Our motto is #nokittyleftbehind and this little cat was the epitome of our motto. No one thought he would live, but the community came through and helped make it possible for him to prove everyone wrong for 2 years. We want to thank Two Rivers Veterinary Clinic (Dr. Gretta Carmichael) for all of his care over the last 2 years, and of course thank you from the bottom of my heart to everyone that donated to this sweet little miracle fighter.